About the 4DX cinema experience...

Earlier this week, I went to watch the brand new Wonder Woman movie. Except rather than go to the nearest theatre I could find, I saw that Seoul hosts one of the best and biggest screens in the world —apparently it was also manufactured in France, but I digress.

In addition, something else triggered my curiosity : a showing of the film in “4DX” — something I had vaguely heard about before. 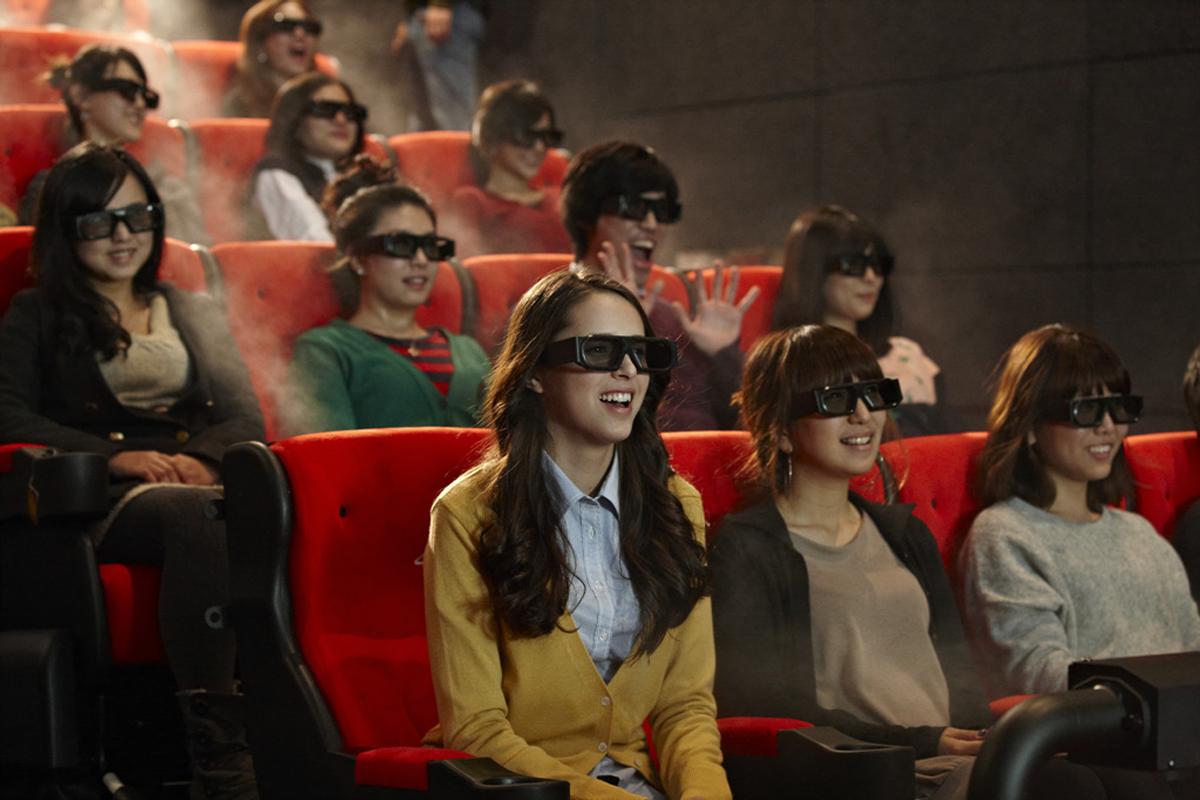 So what is 4DX? The future of blockbuster movie entertainment.

The 4DX experience starts with bigger, larger seats, and a 3D movie. Where it goes beyond however, is that the seat tilts, depending on the action of the movie. When the camera hovers above a big landscape, your seats kind of rocks along, looking down. Or if someone jumps off a cliff, your seat gets inclined, just as if you were jumping with them.

There is also wind blowing in your face at certain specific moments (in my case, the camera was facing the barrel of a gun, and when the protagonist fired, air was blown straight in my face, I could almost feel that bullet being fired), or gentle breeze on my legs, when the camera goes around a more natural landscape.

And when a big explosion occurs on-screen, additional strobe lights on the side of the screen start flashing in your face.

Apparently, some cheaters & movies combination can also splash water in your face, something that could be great when watching Johnny Depp’s latest attempt to pay off his debts with yet-another-lazy-sequel.

The point I’m trying to make, of course, is that 4DX is hugely immersive, and is not an experience that you can replicate at home.

Coming out of that screening, it feels to me that the future of blockbuster entertainment lies in real experiences, whether a movie theatre that lets you order food & drinks, or that offers a new level of immersion in the story and its action.

As noted by Todd VanDerWerff for Vox:

It jostles your seat, which is larger and more like something you might buy at Brookstone than your typical movie theater seat, and sends you bumping along as Vin Diesel and his Furious co-stars race through the streets of various global metropolises. When the camera tilts, the seats often tilt with it, and an early set of shots of the blue ocean waves is accompanied by a gentle rocking motion that made me a little sleepy. Every so often, little puffs of air burst by your face to accentuate, say, gunfire or a big explosion. On your 4DX armrest, there’s an option to “turn water off,” but Fate of the Furious is not an especially wet movie, so I did not get sprayed once. But other effects are also possible: Guardians of the Galaxy Vol. 2 director James Gunn has promised “snow and bubbles” for his film when screened in 4DX. All of this is meant to draw viewers into the movie, by making them feel like part of the action. The Fate of the Furious is a junky enough film that I didn’t mind bouncing around like I was on a Tilt-a-Whirl, but for my first viewing of the movie, I found the whole experience a little distracting. If it had been a better movie — like many of its predecessors — I might have been actively annoyed at having the experience interrupted by my seat suddenly trying to make an escape (or maybe if it were better, I would have been even more drawn in). But I also can’t deny that the whole experience is fun. I just don’t know if I’d want to do it more than a couple of times.

My only gripe with the 4DX experience, is that it’s meant for Blockbusters, but having to grip your seat during big action set pieces was a bit distracting. During Wonder Woman’s last act, there were a few times when I wished they could have toned down the movements a little. If only so that I could focus on the movie, and not on the prospect of seeing my popcorn fall out of its box.

But I really do hope to treat myself to more 4DX movie screenings in the future!

Oh, and Wonder Woman, the movie itself? It’s great! Go see it!

[via How can movie theaters compete with your living room? By building a better living room. - Vox]