This is the second and final part of my “London Day Seven” post. Click here to read part one.

I didn’t have any plans for the evening, and was originally planning to work on more music mixes and blog posts before heading back the following day.

A handful of minutes before entering the Design Museum, I received a notification on my phone: a message sent via the dating app I use.

I opened it and discovered a beautiful mixed Asian-American woman wishing me a belated happy birthday, adding that her own birthday happened two days after mine. She had just arrived in the city and was looking for some recommendations of things to do around London.

After a few exchanges we made plans to meet up later that evening. I arrived 5 minutes earlier than expected, after a quick pit-stop at the local florist, to pick up a rose — although I’m not usually stereotypically cheesy and romantic, it was February 14th after all.

I waited patiently in front of the restaurant — back to Khan’s. Her Uber dropped her off right on time. We hugged, said Hi, and went inside, to our table.

I learnt that S comes from Washington DC, and is of Vietnamese-American and Jewish-American descent. She was on holidays throughout Europe for 10 days, having been to Dublin until that day, and going to Paris in two days to meet up with friends.

She works in a corporate job that allows her to travel all around the world, which is one of those roles that sounds too good to be true. This, coming from someone who’s about to go nomad for about 9 months, later this year.

We hit it off, talking about everything and nothing, from our mixed identities and cultures to a little bit of politics (talking about the current Great American Debacle and the upcoming Presidential Election in France), and everything in between.

It was fascinating to meet her, especially considering our different backgrounds and yet very similar personalities. No alcohol was had during dinner, but we couldn’t help laughing, bouncing jokes off of one another, or having fun at the total lack of interest from the waiting staff at the restaurant. Just a great connection and conversation overall.

After dinner, we decided to go for a drink at a bar — however we couldn’t find one nearby and ended up in a pub instead. We had a cocktail and continued our ongoing conversation, learning about our different cultures and upbringing, she told me about her different trips and the countries she visited. I shared my stories growing up in the south of France, learning to properly speak English via Bad Boys II and 24. She told me about how she’s been ice skating since she was 6 and had continued up to the previous year. I talked about my practising the guitar since age 7. The evening continued.

The pub had a nice friendly atmosphere, but we were in the mood for a cocktail bar, so decided to look for another venue, walking alongside Hyde Park. (Unfortunately, this London landmark happens to be closed in the evenings.)

We arrived at the bar, realising that despite being Valentine’s Day, it was closed. It was a Tuesday. But above the bar was another pub, of a much higher standard than the place we had just come from. It looked kind of fancy if I’m being honest, but not pompous. It was also less crowded, which made it easier to sit, and talk.

She had another Gin & Tonic and told me that this second round was on her. Asking me what I wanted to drink, I responded with a simple “Surprise me” — she picked a Whiskey & Ginger Ale, something that neither I nor the staff had heard of. Apparently quite a common drink in the US.

All evening long, our conversation had been pretty much ongoing, interrupted only by the occasional waiter asking for more food or drinks. I learnt about her family, her friends, her education and in turns, shared my side of the story, my ups and down. It was freeing to just discuss those things without any barrier. A good, truthful, honest and transparent conversation. Just being ourselves with one another.

The pub was about to close when we left. Outside, standing in one of the streets leading back towards Hyde Park, I asked her if she had something in mind. It was close to 11pm, but all places around us were either closing or were about to close. She started off telling me that she had a great evening, but that given the lack of places being opened, she’d probably head back to her Airbnb.

I mentioned my hotel room, the fact that it was close, cosy, and within walking distance. It took a lot of effort for me to invite her to join me, innocently. But despite my crumbling shyness, I managed. And she took me up on that offer.

We continued our conversation, and arrived at the hotel. We went through the corridor, and I opened the door of my room for her. I should have cleaned the mess a little bit. She was impressed with the room, just like I was when I discovered it earlier that day. I did explain that this was very unusual for me too, and that it was nowhere near the type of luxury I was accustomed to.

After giving her a quick tour, she sat down on the sofa and took off her shoes and tights. I took my shoes off too and offered her some water. We sat in bed, talking, while turning on the TV, as a random distraction to keep on the side. We continued to laugh and chat and made fun of the ads on British TV (spoiler alert: they’re weird)

Slowly, we were moving closer to one another. At some point she asked me a question, and put her hand on my arm while I was responding. The dork in me instantly lost his train of thought but I tried to finish my answer, and keep my composure, while the voices in my head were shouting “Keep it cool, Tibz!”

It was then that she put her hand on the back of my neck and moved closer to my face. I moved towards her too. We kissed. That kiss felt like a “I really like you, you’re cute” mixed with a “shut up and kiss me, nerd!” — gentle yet cheeky, playful yet meaningful.

From this point on, our bodies started moving in sync, our lips interlocked, and our arms running down the bed sheets. There is no need to go into details. This is not a fan fiction, this is real life. The life of two human beings connecting on multiple levels, sharing a moment in time. But the most incredible thing was how natural it all felt. There was no pressure, no discomfort, as if we had known each other for years, knowing what made the other tick, and how to satisfy them.

Later on, in the middle of the night, we found ourselves lying down on the bed, under the sheets, cuddling, holding one another, all the while continuing the conversation we had started hours earlier.

There is no way that one can manufacture or fake this type of connection between other humans.

We woke up hugging and kissing in the morning, slowly, after only a couple of hours of sleep, and, for me, two hours until I had to leave. Getting out of bed was another very quiet and sensual moment that we shared.

The day started with a shower, some fresh clothes, and breakfast together in the hotel’s restaurant. Another shared moment, intimate, talking over a cappuccino and some orange juice. Asking more questions before having another bite of a delicious and needed pain au chocolat.

We went back to the room, and I continued packing while talking with her, taking micro-breaks to kiss her, or hold her against me. Each time felt like a very natural move, like she belonged there in my arms.

As I’ve tried to find my rationality, my composure, and my sanity writing those lines, we have continued to talk, to chat regularly, continuing our seemingly endless conversation.

It was one evening in time, but we both felt it, the unexplained bond. Looking back, and debriefing this with her, the entire evening has been surreal. It feels like mind, body and soul are talking the same language, and I can’t explain it. I consider myself to be optimistic but also pragmatic. But S quite literally fell out of the sky.

The coincidence and timing that led us to meet each other is uncanny: I hadn’t planned anything that evening, and to be frank, the entire trip to London was as unplanned as could be — I had booked my plane tickets in November and the hotel one week before my arrival. She booked her entire trip to London just one week before. The number of factors at play are too random for me to discard.

And the different background yet similar reactions, personality, and way of thinking. Our attraction to one another. I just can’t explain it, and I’m OK with that. But it remains a complete source of mystery. As she put it so well: I had no idea someone like her existed.

I don’t know what the future hold, but I’m not ready to let her go. We’re planning to meet again, in May at the latest, which sounds like an eternity away, especially when you live day-to-day as I most often do. But she is unlike anyone I’ve ever met, I have never heard about or felt that type of connection, and I have never felt like this towards anyone before, including in longer relationships I’ve been in.

After months of a romantic desert, Karma sure knows how to sneak up on you. 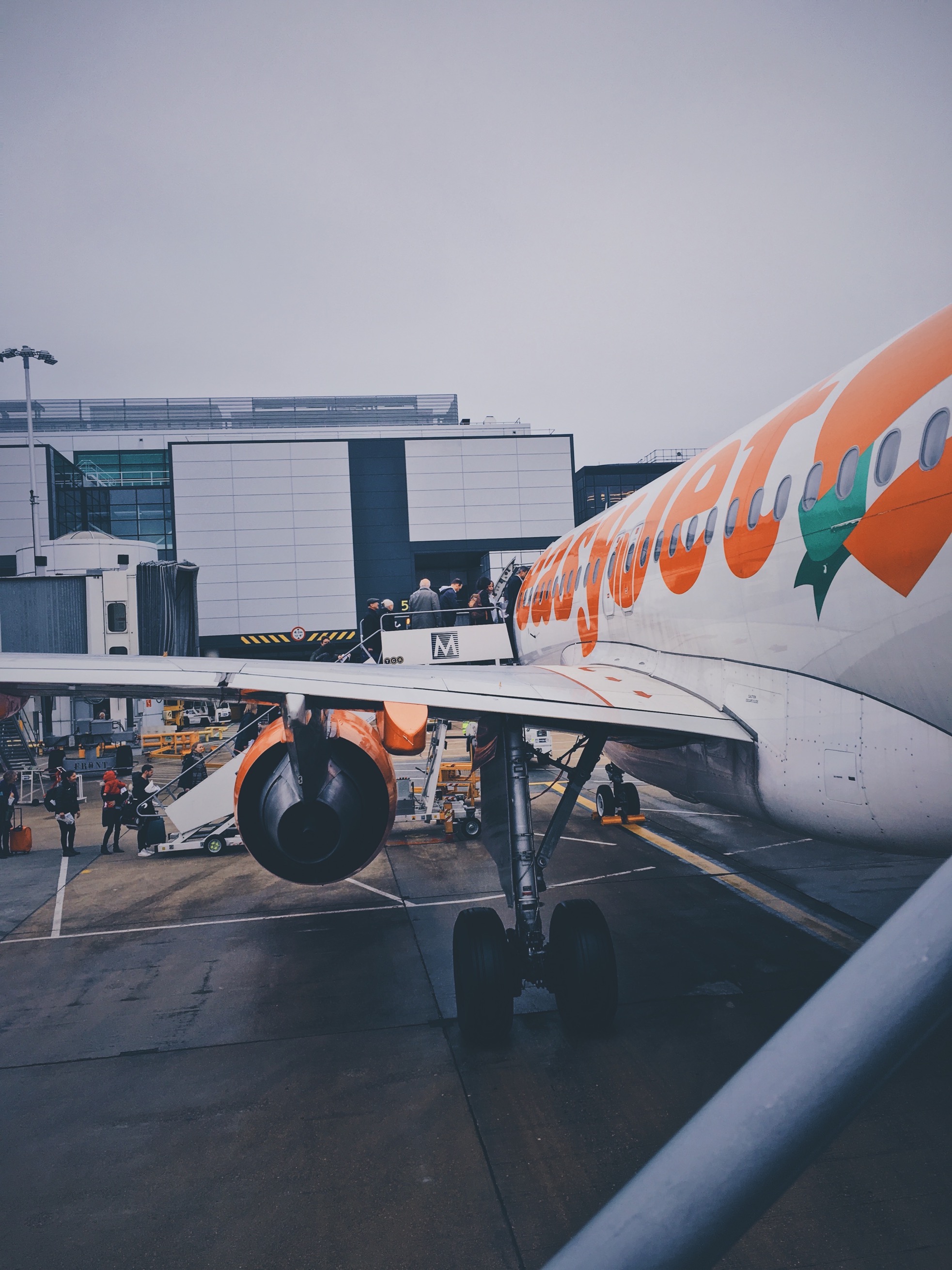 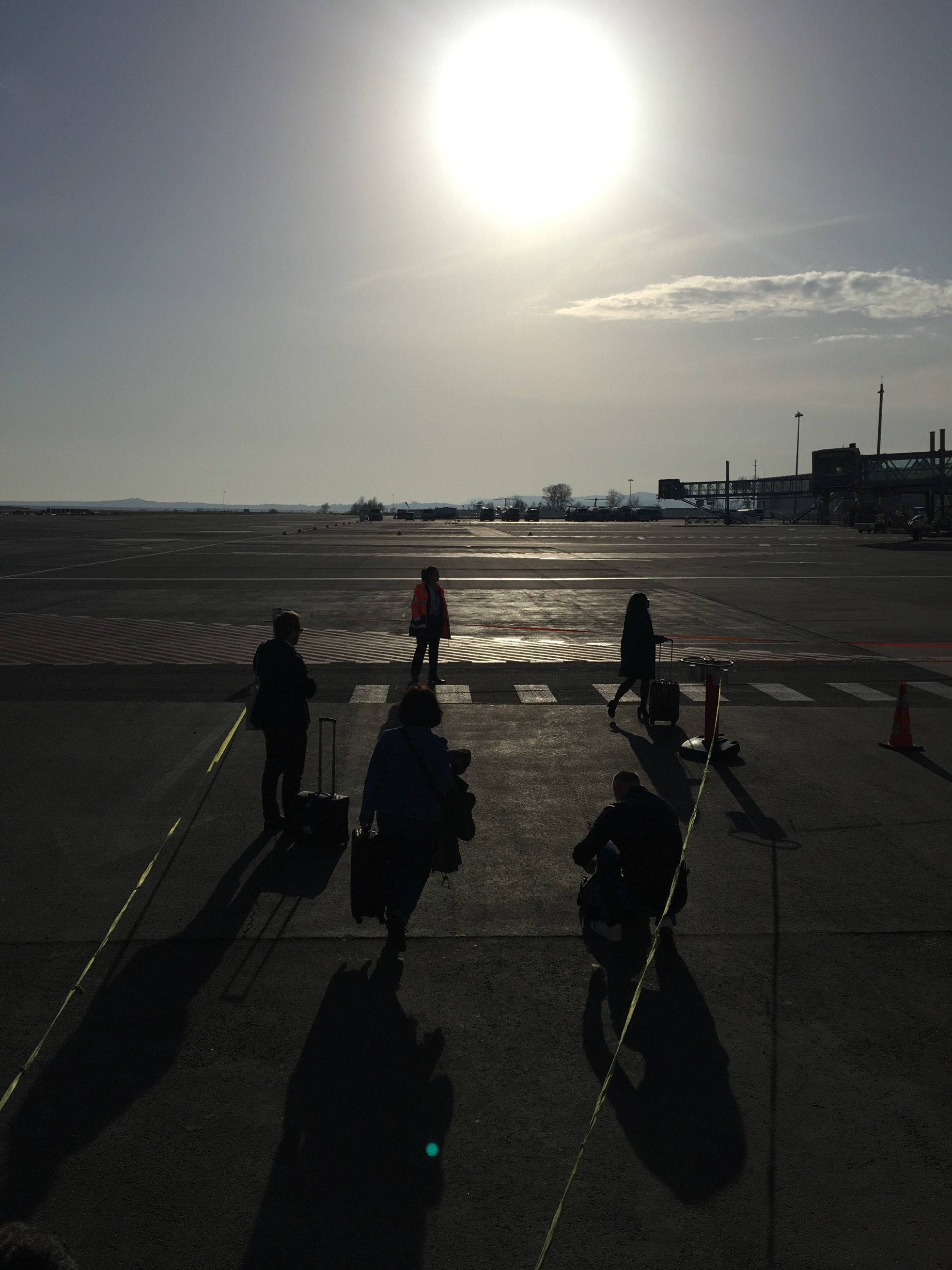